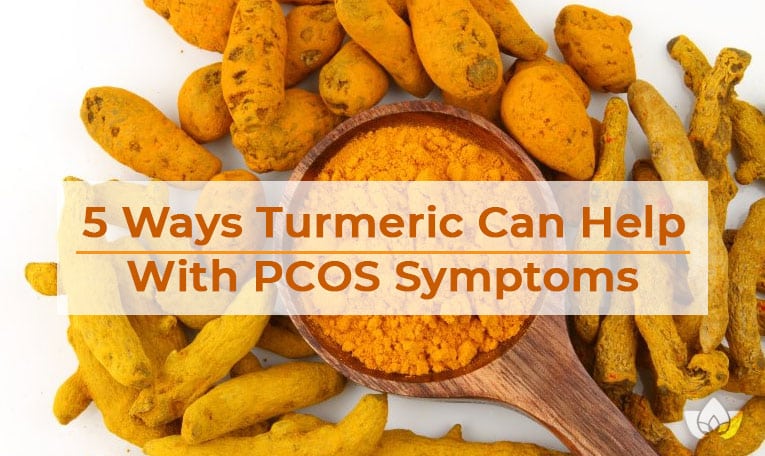 
It occurs most commonly in young women, from about 18-30 years of age, and is often a result of unhealthy lifestyle choices, such as eating too much fast, greasy food.


Some of the symptoms of PCOS include irregular menstruation, difficulty conceiving, excess hair over the face and body, acne, pelvic pain, and dark skin patches.


Luckily, researchers have linked relief and management of PCOS with the many benefits of curcumin, which we will look at here.


Turmeric is a bright yellow root that is famously one of the main spices used in curry, giving it its distinctive colour.


While it has a unique flavour many enjoy, what you may not have realized just how healthy that spice is that you're consuming.


The active ingredient in Turmeric is curcumin, a substance that is an exceptionally powerful anti-inflammatory and anti-oxidant.


However, it's important to note that it is not easily absorbed into the bloodstream unless it is activated by black pepper, which increases its efficacy by an incredible 2000%.


Turmeric is a go-to when it comes to treating PCOS, because of the following five ways it can help out the patient.


1. It Has Anti-Oxidant Properties


Curcumin is a superhero anti-oxidant that neutralizes free radicals, which are being investigated as the ultimate cause of aging, cardiovascular disease, arthritis, cancer and pulmonary disease.


Free radicals travel around your body causing oxidative stress, so reducing that stress can help treat conditions such as PCOS.


2. It Lowers Risk Of Heart Disease


According to a 2011 study by de Groot et al, women who suffer from PCOS have an increased chance of heart disease, including stroke, atherosclerosis and coronary heart disease.


Once again, it is the ability of curcumin to reduce oxidization of low-density lipoproteins that makes it so effective.


When they are oxidized, they lead to atherosclerotic plaque, which is common for women with PCOS.


Studies such as this one conducted in 2009 by Wongcharoen and Phrommintikul show that curcumin serves to protect against cardiovascular issues by reducing oxidative stress, apoptosis and inflammation. 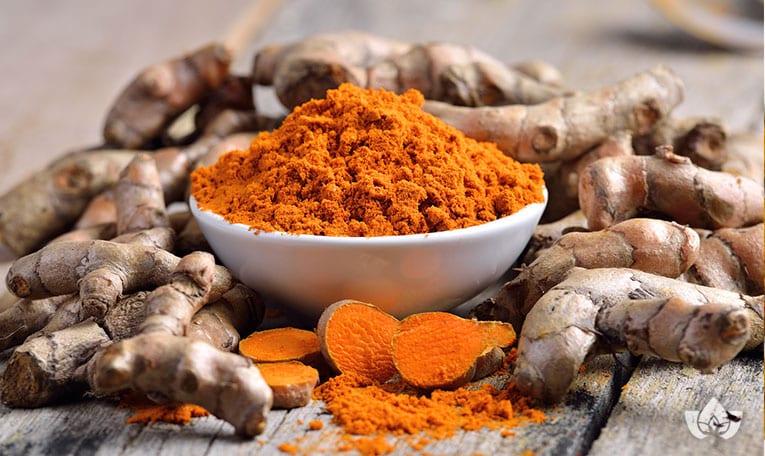 3. It Has Anti-Inflammatory Properties


The anti-inflammatory properties of Turmeric are well known, and have been used for centuries to treat inflammatory conditions such as arthritis, as shown in this 2017 study by Arshad, Haque, Abbas Bukhari, and Jantan.


Cysts are also a result of inflammation, and they are one of the symptoms of PCOS.


For women with PCOS, cysts usually form because of abnormal hormonal levels, but this can be alleviated and managed with an anti-inflammatory diet and supplements.


4. It May Help With Weight Loss


If obesity is a common side effect of PCOS, then maintaining a healthy diet is important in reducing the impact of the condition.


PCOS is a metabolic syndrome, and if your metabolism is compromised, then it's almost always going to mean weight issues.


5. It May Help With Depression


While there's no cure for depression, a roster of helpful treatments can make a huge difference, and turmeric is definitely one to keep in your back pocket.


This 2014 study by Lopresti et al shows that it is a partially effective antidepressant for those suffering from major depressive disorder; benefits were noticed between 4-8 weeks after the start of treatment with curcumin.


Inflammation has been identified as a contributing factor to depression, and curcumin treats that underlying cause, almost as well as conventional anti-depressants.


If you suffer with PCOS or any of its side effects, I urge you to book a consultation with me now.


As a naturopathic doctor, I have been recommending curcumin to patients for years and have helped many to manage their symptoms better.


Don't delay – call now to talk to me about whether curcumin supplements can help one of your ailments, including PCOS.


Dr. Maria Cavallazzi is a medical doctor from Colombia where she practiced as a family physician for 8 years until she moved to Canada 16 years ago.